It is possible that homeschooling is a deep mystery to you. It can be easy to think of cultural subsets like those that make up the diverse homeschooling universe as a murky, odd, or even potentially dangerous group of outliers. Have you ever wondered what is really behind those unique faces that “do their school” in their pajamas? Is it worth the oddity? Is it really all they crack it up to be? Well, here at last, the truth is revealed. Here, straight from the homeschooler’s mouth, are the real homeschooling advantages and disadvantages. 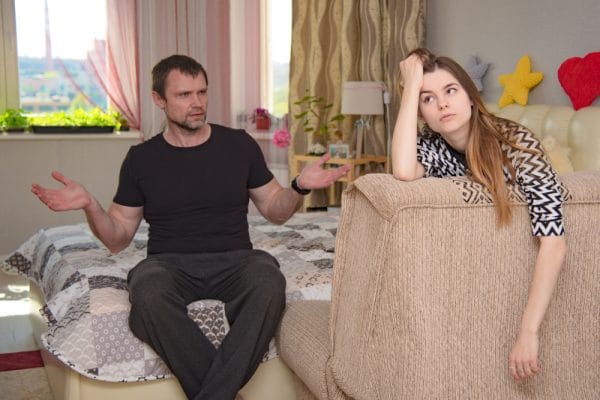 As you think about homeschooling advantages and disadvantages, you first need to think about all the “extras” homeschooling requires of the parents.  It takes extra money. You’ll still pay school taxes and have to purchase the educational materials yourself. It requires extra effort. You have to decide on just about everything yourself – will you teach algebra one or will you find a tutor, or will you not even enter a diploma program in which algebra one is required? You’ll spend a lot of extra time with your children – no school day hours where the house is empty. Homeschooling also requires extra bravery.

Doubt will certainly whisper in your ear: “Are you sure you are capable of overseeing a good education for your child? What makes you think you can do better than anyone else? You’re not a professional.” These are questions you’ll have to grapple with. Finally, homeschooling will take extra thick skin. You’re going to get strange looks, cutting questions, and doubtful aspersions.

You may even have someone call the police on you because your kids aren’t “in school”– it has happened! Nobody wants to deal with this sort of attention but homeschooling often sends it your way.

Homeschoolers are tired of hearing about the next one, but when you think about homeschooling advantages and disadvantages, you have to recognize the existence of something that could be called the potential communal pitfalls of living outside the mainstream. While I don’t believe that homeschooling forces children into a lack of socialization, as it is so often accused of doing, it is true that being just as much a part of the community as any other family if you homeschool can be a challenging row to hoe. Your school district may frown upon homeschoolers participating in school sports.

It may be tricky for you to find a platform to make connections with parents in the community whose kids are the same age as yours. Your kids won’t automatically have a group of friends and acquaintances simply by going to class five days a week. This isn’t to say homeschoolers have no recourse to overcome these challenges, but living the homeschool lifestyle will force you to work harder to stay a part of the community. 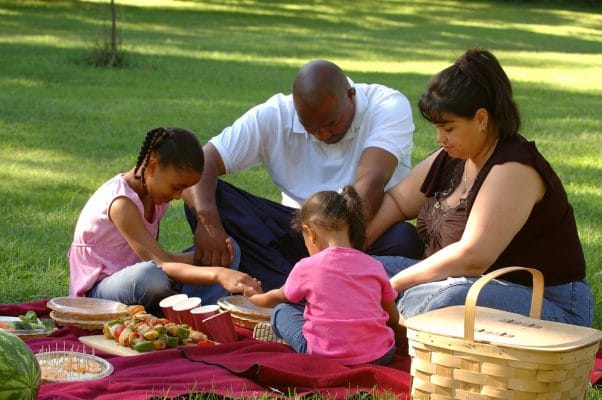 Of all homeschooling advantages and disadvantages, this third and final potential disadvantage weights most heavily on the negative side. I have seen with my own eyes homeschooling prove to be a fertile breeding ground for pretentiousness and pride.

Face it, homeschoolers know they have chosen a unique and difficult path, and they believe with complete sincerity that the choice they have made is the best. That fact alone can cause homeschoolers to think their family is automatically better off than most other families, and this is a very dangerous place to be.

Let me try to explain this concept with a generic example that, while not true for any one homeschooling family, is pulled together from numerous true stories of the homeschooling experience. For whatever reason, homeschooling parents seem to assume their children will turn out well educated, socially adept, and – as is the goal for many homeschool family – firmly ensconced in the tenants of their (often) Christian faith.

This assurance has made many homeschool parents neglectful of their child’s physical, emotional, social, and spiritual well-being. It is as if they believe they are somehow exempt from the troubles that children from other school settings struggle with, and that is just ridiculous.

Statistically speaking, homeschooled kids are less likely to struggle with the big concerns parents have for their children, but that is not the case for children whose parents assume they will not struggle simply because they are homeschooled. Indeed, when a homeschooler does struggle with drugs, attitude trouble, social awkwardness, teenage sexual activity, or other problems, some homeschool parents seem oblivious.

They figure everything is fine because homeschooling was supposed to fix all those problems before they have happened. The fact is, however, homeschool kids can become hopelessly unable to face the adult world, involved in illegal substances, or hooked on pornography just like any other kid. Arrogant parents who assume it will never happen because of an educational choice only serve to worsen the problem.

Of all homeschool advantages and disadvantages, this positive side of homeschooling is probably the best documented. We are well into our second generation of homeschooling in this country, which means that children who were homeschooled are now homeschooling their own children, so it is safe to say the results are in. Almost without fail, homeschoolers score higher on standardized testing than other forms of education, even though standardized tests are tailored towards traditional educational skills (like test-taking, obviously), more often emphasized in main-stream schooling.

While it is not true that standardized testing is enough to say that homeschooling will give your child a better education, it is (unfortunately) the method most broadly recognized to evaluate educational success in our country. And there are other forms of educational evaluation that point to the academic prowess of the homeschool method, not the least of which is the amount of enjoyment and satisfaction the students gain from the homeschooling process. We are seeing, after all, a lot of people who were homeschooled choosing the same path for their own children. That means a lot.

The discussion of homeschooling advantages and disadvantages often misses a very positive outcome of choosing to homeschool: homeschooling forges a tough, flexible, dynamic spirit in individuals. When you are homeschooled, you learn from your very early years that there sometimes exists a better way, even if it is a trail very nearly unblazed. You learn that you don’t have to do what everyone else is doing if it isn’t right (or even right for you), but you can always co-exist peacefully and positively with people who do life different from you.

You can learn that it is okay to be different, to be true to your beliefs, and it is not the end of the world when peers ostracize or ridicule. You can learn a lot about how worth it can be to sacrifice for something meaningful. Granted, you won’t learn this if your parents approach homeschooling the wrong way, but many homeschooling parents don’t, and many homeschool children have. 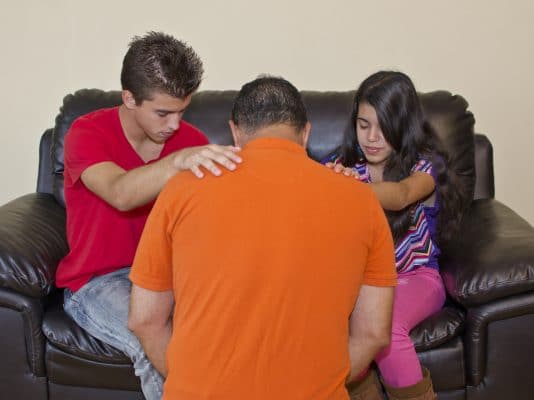 Of all the homeschooling advantages and disadvantages, perhaps the most controversial is the fact that homeschooling has proven to be the most effective means of passing on your core beliefs and values to your children. Many parents who choose to homeschool do so because religious beliefs, faiths, or core principles are so near and dear to their hearts but are not well reflected or effectively taught in other educational settings.

These parents place such a priority on their beliefs or values that they are willing to do anything they can to help their children adopt the same beliefs. They have become convinced that homeschooling is the best way to give to their kids what they value most.

Let me illustrate this concept in the setting I understand best. Many Christian parents became concerned with public school during the decades that followed what they considered to be the expulsion of the Bible out of public school. As an anti-Christian sentiment, and non-Christian perspective, began to propagate in public schools, Christians invented something they called “Christian School” which was designed to provide exactly what the name suggested. As Christian school grew, however, parents again became concerned.

To their minds, even Christian school was producing far too many cases of wooden, insincere, or even outright abandoned faith. You must understand, when you have sincerely held religious belief or faith in your heart, nothing in the world is more important to you than helping your children come to believe what you do. So Christian parents basically invented a brand new education method, and they called it homeschooling.

They believed that God Himself uniquely positioned them – parents – to be the ones to influence their own children to follow Him, so they responded by making sure they became the primary influence in their children’s lives.

While it is by no means true that all homeschooling families are motivated by this sort of belief system, it is true that homeschooling can and usually does put the parent in the perfect position to influence their child in what he or she most believes in. You spend more time with your child than teacher or classmate, and you have the opportunity to develop relationships with him or her that are often extremely difficult to create in a more mainstream school setting.

This is vitally important to many homeschoolers. When my wife and I weighed the homeschooling advantages and disadvantages, this is the advantage that most convinced us to go for it.

So there you have it, all the deep dark secrets of homeschooling, as well as the glorious positive potential of homeschooling, all spelled out by a second-generation homeschooler. Homeschooling itself is by no means enough to guarantee successful child-raising, and certainly will generate unique challenges. But don’t forget, nothing worth having ever came easy, and the mental, spiritual, emotional, and educational well-being of your children is most definitely worth having. 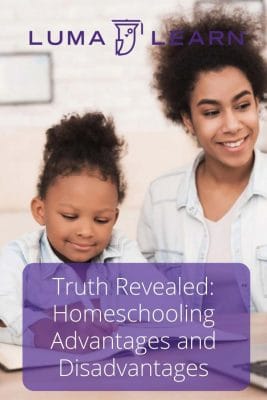 Caleb Landis is a lifelong home schooler and story enthusiast. He has spent his entire life ministering to children. He teaches Bible and ESL online, including classes on Luma Learn.