Thanksgiving time has rolled around again!  I am quite excited because the first thing that crosses my mind, like usual, is the food!  But amidst the wonderful conversations, family fun, –and food — that thanksgiving brings,  sometimes we forget the foundational beginnings of the special holiday.  We all know that the Pilgrims started the Thanksgiving tradition, but sometimes we forget the real story.  When I do take the time to study, though, I have found that Thanksgiving history and the story of the Pilgrims contains valuable life lesson and keeps my thanksgiving perspective straight. 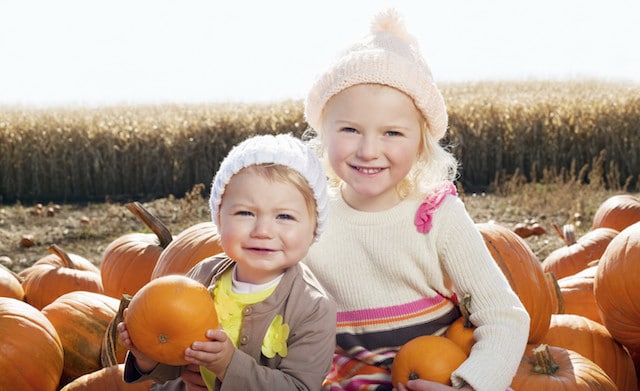 The Cry for Religious Freedom

During the age of the Reformation, there were many different camps of reformers.  All had the common desire to detach themselves from the Catholic church, but they struggled to agree on how to go about it. The Anglican church, or the Church of England began only because Henry VIII disagreed with the pope about the integrity of his six different marriages.  Consequently, Henry’s church was quite state oriented, if you will, and exercised complete

control over all Christians in England.  There was a group of English Christians whose disapproval led them to cultivate a desire to separate themselves from the Anglican church.  They were called the Separatists.  Because the Anglican church desired everyone in England under its jurisdiction, the Separatists were brutally persecuted in England.  Soon enough, the Separatists procured a ship, and a small colony departed England to sail to the Netherlands because of the religious freedom there.  The Netherlands became a safe haven for the Separatists until the culture began to negatively influence the younger generation, and they decided to sail to the “New World” where they would have real freedom to worship God without persecution or the influences of the culture.  So they procured an investing company to sponsor them, a ship to sail them, and supplies to sustain them.  Then the Pilgrims travelled across the Atlantic to the New World.

Learn More in our History and Geography Courses 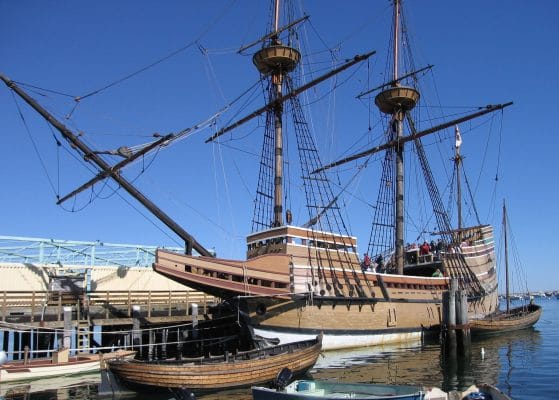 The Hardships They Endured

Travelling across an ocean was far from desirable, especially on the Mayflower, a ship that averaged about  two miles an hour with the given winds.  The Pilgrims faced many dangers and hardships on the journey across the Atlantic to the New World.   One of their number almost perished when the wind blew him overboard, and, at one point, they considered travelling back to England because the main beam cracked.  Finally, the Pilgrims made landfall!  With winter setting in, though, having a healthy constitution was quite important for survival.  Unfortunately, many of the people on board caught scurvy, a disease brought on by the lack of vitamin c.  The parched pease and other non-tempting food items that the pilgrims consumed on the journey were not very nutritious.

Unfortunately, the Pilgrims did not fare too well over their first winter, according to History.com, witnessing the death of half of their number.  But God in his grace provided a way for them.  As the sun came out and the blossoms began budding, things began to look brighter for the Pilgrims.  Additionally, a Native American named Squanto, who happened to know the English Language, helped the settlers thrive in the New World, and by the time the subsequent fall approached, they had a bountiful harvest. 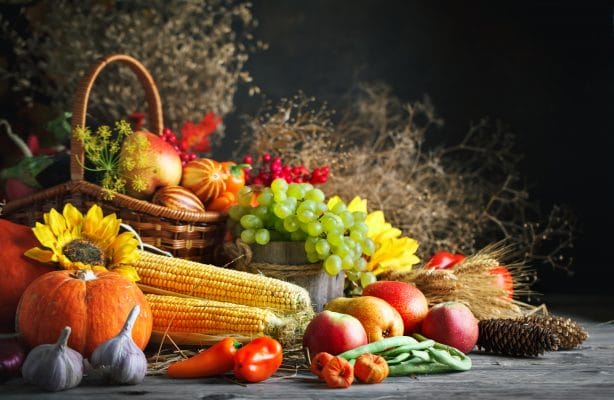 In appreciation for all their assistance, the Pilgrims invited the Indians to join them for a huge feast they were planning to have at the end of the fall to celebrate all that God had blessed them with.  At the feast, William Bradford, the governor of the colony stood and exhorted the people to remember and thank God for what He had done, how He kept them safe, and how He provided for their needs. 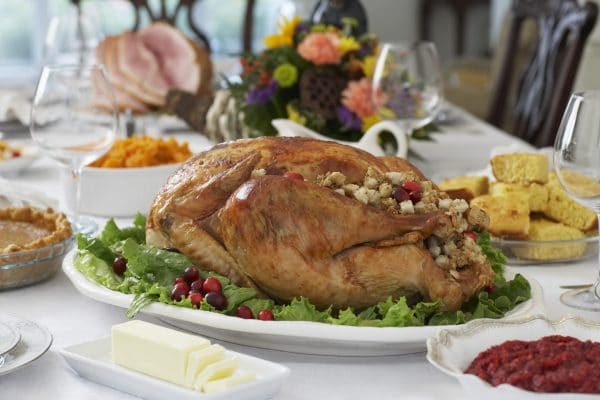 It is easy to forget the true meaning of Thanksgiving celebrating with loved ones amidst the good food, the good turkey, the good desserts, the good appetizers . . .  and I guess the other non-food related activities as well!  My encouragement to you this Thanksgiving is to remember the real reason we celebrate, and let’s thank God for all He has done.  But additionally, this year, let’s also thank God for the freedom we have in this country to do so.

What do you enjoy the most about Thanksgiving?