With the advent of the Internet, social media, and instant-messaging, many of today’s teens are unprepared to go out into the world due to insufficient communication and thinking skills. Lincoln Douglas Debate solves this dilemma by teaching students to communicate effectively and think critically in order to glorify God.

What is Lincoln-Douglas Debate (LD)?

Roy Disney, brother of Walt Disney, once said: “It’s not hard to make decisions when you know what your values are.” This statement, which was the basis behind Disney’s decision to buy PIXAR, represents the fundamental idea behind LD debate.

Lincoln-Douglas (LD) Debate is all about VALUES! In every LD round, you have an ultimate concept that you value, and you consider that value to be higher and more important than any and all other possible values. Then, according to logic and syllogism, you conclude that whichever side of the debate LEADS you to that most important value must therefore be the side that should win! LD is very philosophical in nature. It asks why we do what we do, or why we should choose one particular option above another option. And thus, it contemplates how society should be structured.

As an extremely simplistic example, say you’re looking to buy a car, and you really really want a car that’s very safe. Basically, then, you want to base your car-buying decision off of safety. Because what you care about the most is being safe, you want to buy the safest car you can find. You eventually decide to buy a Honda because they have more airbags and are thus safer than Toyota’s. You just did an LD Values debate in your head! You said that your highest value is safety. Then you concluded that, since Honda’s are most safe, and the value of safety is most important, you should therefore buy a Honda.

Competing in LD Debate at homeschool debate tournaments forces teens to think critically, communicate clearly, argue effectively, defend their positions, and wrestle with relevant issues that impact the world we live in. When these teens enter the world as adults, they will not only be better able to communicate with those around them and think logically; they will also be better equipped to share and defend the Gospel.

What this course teaches:

Through 31 short video lectures, this course teaches you the skills needed to compete in LD debate for competition in Christian homeschool high school leagues, with special focus on competition in the NCFCA league. In fact, the NCFCA-specific resolution for the current year will be used as a sample. At professional 4-day-long tournaments, you will debate about relevant, complex, real-world topics such as nationalism vs. globalism, the right to privacy vs. national security, freedom vs. regulations in economics, rehabilitation vs punishment in criminal justice systems, freedom of the press vs. national security, etc. You will learn the fundamentals of case construction, cross-examination, and rebuttal/refutation strategies from a national-level LD debater and debate case writer (Tobias Park) with 4 years of debating experience.

Tobias competed in Lincoln Douglas Debate with NCFCA for 4 years in high school. His debate accomplishments include:

Tobias is currently a student in college.

After competing this course, the student will:

To view a sample video lecture from this course, click this link: https://youtu.be/LrDg6xbcrUw

Kathy E: Hi Tobias, I was wondering how you incorporated the new resolution into your videos? Did you re-film your videos? Did you tack on new material to the end of each video? Are one or two of the videos devoted to the new resolution? And one more question, do you have any print out material that goes along with this course, like case samples, etc? Thanks, Tobias!
Hi Mrs. E! Yes, the new resolution (RESOLVED: IN DEMOCRATIC ELECTIONS, THE PUBLIC’S RIGHT TO KNOW OUGHT TO BE VALUED ABOVE A CANDIDATE’S RIGHT TO PRIVACY) is incorporated into the course. The videos I recorded have not changed (the concepts they explain are generic/not resolution-specific), but there is a section in the course that points students to several free articles and resources to study and gain detailed insight on the new resolution and its nuances.

Yes, there are plenty of handouts and worksheets throughout the course for you to print out, including sample cases.


Alex T: Does this program include progressive debate techniques such as kritiks, theory, disadvantages, counterplans, and etc. ?
Hi Alex! This course is mainly intended for the beginner-intermediate level debaters, so while it covers the basic essential theory and ideas behind LD value debate, it doesn\'t delve too deeply into more advanced theory. It does not discuss kritiks as I decided that topic was a bit too advanced (and I also personally believe that kritiks are almost always a bad option except in very special cases - I have never really seen a successful res kritik case in my entire debating career). Disadvantages and counter-plans are very important for policy debate styles (such as the Team Policy style of debate offered by the NCFCA), but they are not relevant for value debate styles such as LD (which focuses on conflicting values and abstract ideas rather than specific policy plans), so they are not covered by this course.
Carly B: How in depth do the courses go? Are they just for beginners or would they be helpful to debaters with some experience?
Hi, this course is mainly geared towards beginners, although intermediate debaters might be able to learn a thing or two as well!
Kimberly S: Would this class be appropriate for a freshman or would it make a better fit as an older high schooler?
Hi, thanks so much for your question! Yes, you could definitely take this course as a freshman in high school. 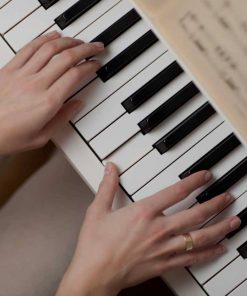 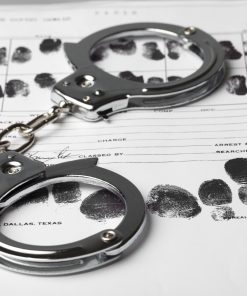 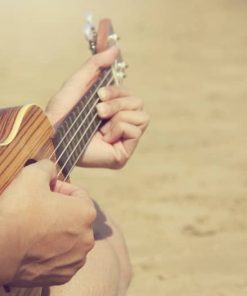