In this 36 week course, students will create and publish a Cultural Influence Plan based on the factors of social influence developed by U.S. Army Psychological Operations forces over the last half a century, as well as Geert Hofstede’s cultural dimensions, as well as various modern influence theorists. They will submit this document for publication in a professional scholarly journal. They will then find an American company that attempts to market to their chosen culture, and they will determine that company’s worst-selling product. They will then develop a marketing plan for that company’s product to that culture, based on their Cultural Influence Plan, and submit it to the marketing director for that company.

Where Did the Idea Come From?

This course has been a professional obsession of mine for over 15 years!

Military leaders and civilian leaders alike would talk about “intelligence support to win the information war” or some such.

What they really wanted was the ability to get people from cultures other than our own to do things that we wanted them to do without having to kill them to get them to do it!

The problem was that, even though there was a (seemingly) never-ending stream of people and companies coming through either begging for money or offering what someone had paid them a truckload of money to develop, none of them ever answered the decision makers’ question. Meanwhile, I continued to try to get people to let me do it for them for free, but they were not interested in what I had to say.

I finally concluded that I was not charging enough. So I retired.

All this to say: there are a lot of people in the U.S. government that were more than happy to pay millions of dollars for someone to solve this problem for them, so go and get some of that money!

That brings me to the real reason that I chose to build this course (other than my personal obsession): I looked for someone, anyone, who had published anything like this, and I couldn’t find anything!!  All I found was people claiming to do influence, but mostly by gut feel or committee consensus, rather than by scientific rigor.

So I decided to buck that trend, teach the next generation how to do it on purpose, and watch the attitude toward the practice of cultural influence start to change.

Here’s to Geography, Culture, and Influence!

What Adult Accomplishments Does This Course Coach?

What Transferable Skills Does This Course Train?

What Careers Does This Course Give Me a Leg Up On?

In talking with a number of homeschool families (and remembering my own childhood), I realized something important: families are busy! If I schedule a course to meet on Tuesdays at 9:30, then any family that has something else at that time cannot take part, and I didn’t want that. On the flip side, we have all done various self-paced, self-improvement hobbies that did not end up doing any good because there was no accountability (New Years’ Resolutions, anyone?) I decided to get the best of both worlds: Weekly accountability with daily flexibility.

The students will have assignments that they must accomplish each week. They will also interact with me and with their classmates in chat type interactions. This keeps them on schedule to actually complete the amazing accomplishments that this course coaches them through. But they have the freedom, within the week, to choose when they are going to work on the assignments. I have tried to provide enough instruction to enable the students to do the tasks that they have been assigned, but I also understand that sometimes, there needs to be some more direct instruction to clear up misunderstandings.

To accommodate this need, it will be possible to schedule “office hours” on an “as needed” basis where I would have a live conversation with one or more students. There will be some expectations of the student when they are asking for “office hours.” I will give them questions to answer in order to make sure that I understand what their question is and can best prepare to make that time as efficient and effective as possible. Office hours will be scheduled based on mutual scheduling needs and availability, and if there seems to be a topic that everyone is having problems with, I will either schedule a class session to clear it up, or I will provide additional instructional materials.

I am committed to your student’s success. But rather than limit your family’s ability to take part in the course, I prefer to give your family the flexibility to have your child work on their schedule, as long as they are getting their work done by the Friday deadline each week.

How Would I Write This Course Up On a High School Transcript?

Live, Hybrid or Self-paced : Hybrid
Preferred prerequisites : None
What to expect : This course is designed for 5 focused hours of work per week.
Duration of Entire Course : 40 weeks
Duration of class : 0 minutes
Min-Max Students :1 - 20
Course Category :Government and Political Science , History and Geography , Life Skills
Grade Level Suggestion :High School
Textbook :None
Special equipment needed :None
Currently, there are no reviews.

heather m: My daughter is 14 and doesn't have a lot of geography or history under her belt. Would this class be better for students that do? Do you suggest she take it when she is older?
Hi, Heather,

Thanks for your question. None of my courses have pre-requisites because I walk the students through the process on each one during the course. She would not be at a disadvantage for lack of experience. The issue is one, not of experience, but motivation. If she has the motivation to do what the course will be coaching her to do, then she will be able to succeed in it. In the interest of full disclosure, the course has some work required of the students, so that is why I bring up the motivation issue. If her goals are to really understand cultures and how they affect the world around us, then this will be a great course for her. I hope that this answers your question. Please let me know if I have misunderstood, or if you have any other questions that I can answer. Again, thanks for reaching out. 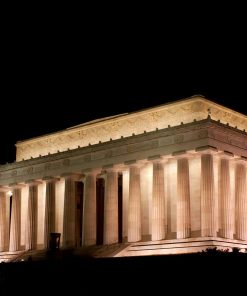 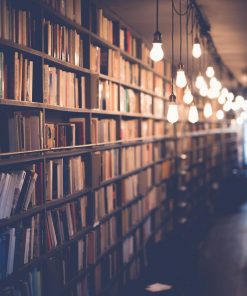 How to Study Mini- Series

How to Study Mini- Series 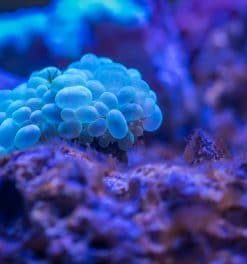