Time for an online history lesson! About a month ago, we recognized the 500th anniversary of Martin Luther’s nailing of the 95 Theses.  This was what kicked off the Protestant Reformation, an event which has effects reaching even unto this day.  History itself has always been a favorite pastime of mine, and I look forward to the day when a Luma Learn teacher teaches a class on it. Any experience out there teaching history?

As a homeschooling student, I was able to pursue the subjects I was passionate about more deeply.  History was my favorite subject, and Martin Luther was one of my favorite history figures of all time.  But without further ado, I present:  Online History Lesson 1 — Martin Luther and the Protestant Reformation 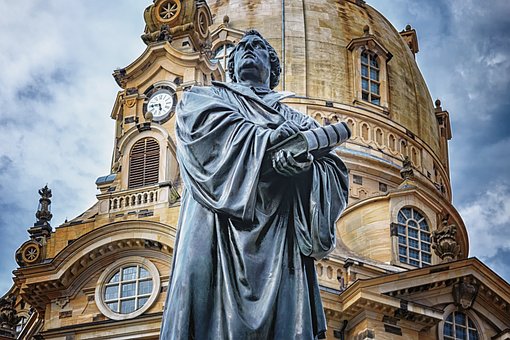 The Beginnings of Martin Luther

The beginnings of the life of Martin Luther were not as one might expect.  Martin Luther suffered greatly because of his merciless obsessive compulsive disorder, or OCD.  Martin Luther tried desperately to be righteous enough to appease God.  He hated the “righteousness of God” because he knew he could not obtain that status.  He made sure to punish himself for every wrong he did.  Being a devout Catholic, he spent a lot of time confessing his sins.  Originally training to be a lawyer, Luther prepared himself to go to university.  Back then, receiving a good education was difficult to obtain.  Very different today!  Presently, if I wanted to study history, I could just take an online history class… I could even take an online history degree!  In Luther’s time, one would have to travel many miles to the nearest university. Furthermore, the strict structure as well as the cost of university prevented all but the richest of society from obtaining a degree many times.

Before leaving for university, Luther was caught in a severe thunderstorm.  Being greatly frightened, Luther prayed and promised St. Anne, a Catholic saint, that he would become a monk if he survived the terrible thunderstorm.  Since, of course, he came out of the storm alive, he determined to keep his vow.  His father was not too happy, but he acquiesced .  Unfortunately, Luther’s OCD continued even as a monk; sometimes the poor Martin Luther would spend six hours in the confession room making sure he covered every detail perfectly!  If not, he would start over.  As he himself put it later on, “If ever a monk got to heaven by his monkery, it was I”. 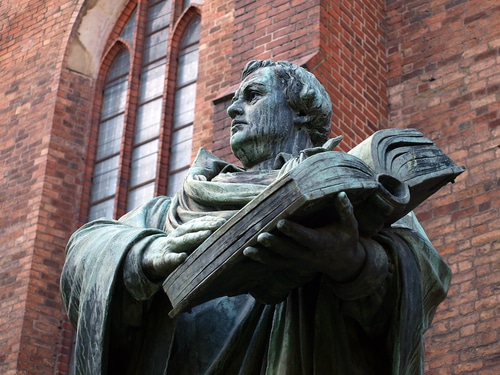 The Transformation of Martin Luther

Then, one day in the year 1515, while preparing a lecture on the book of Romans, Martin Luther came across this verse:   “For I am not ashamed of the gospel of Christ: for it is the power of God unto salvation to everyone that believeth; to the Jew first and also to the Greek.  For therein is the righteousness of God revealed from faith to faith: as it is written, The just shall live by faith.”  Finally Martin Luther came to the realization that he did not need to appease God.  Then it clicked!  The power of the true gospel, one based on faith and not works completely changed his life!  Suddenly, the righteousness of God which he so hated became the best gift anyone ever gave him.  As he put it “Here I felt that I was altogether born again and had entered paradise itself through open gates.”

The Challenge of Martin Luther

In 1517, the Catholic Church sold indulgences to rebuild St. Peter’s church in Rome.  Indulgences supposedly were a means of obtaining salvation by paying money to the church.  In response to a proposition altogether contrary to his new found convictions, on October 31, 1517, Martin Luther nailed his 95 thesis to the door of the university chapel.  Martin Luther then sent a copy of the 95 thesis to the archbishop of Germany demanding that he stop selling indulgences, while, aided by the printing press, Martin Luther’s ideas were spread all over Europe.

In 1518, Martin Luther was called to recant his 95 thesis by cardinal Thomas Cajetan, but Martin Luther said that, unless he was proved contrariwise by the scriptures, he would not recant.  It quickly became a heated argument.  Luther also denounced the pope’s right to exclusively interpret scripture.  The angry pope excommunicated Martin Luther in 1521.

Excommunication was banishment from the church. In March, Luther was put on trial before the Diet of Worms. He stood firm for the truth of the Bible and, he said, unless his views were contrary to scripture, he would not renounce them.  “Unless I am convinced by Scripture and plain reason – I do not accept the authority of the popes and councils, for they have contradicted each other – my conscience is captive to the Word of God. I cannot and I will not recant anything for to go against conscience is neither right nor safe. God help me. Amen.” 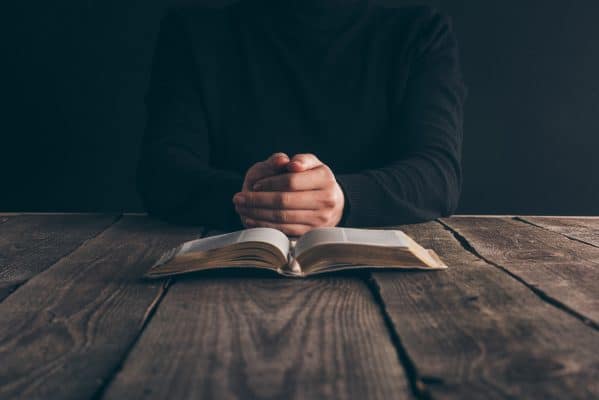 The Legacy of Martin Luther

The story of this man greatly inspires me.  I love reading about him, and the great reformation that he launched.  Let us thank God for what he has done in Jesus Christ,  for as Isaiah 64:6 says, our righteousness is like filthy rags — we can get nowhere with our own doings, and Martin Luther definitely learned that lesson the hard way.  But once God transforms the heart through his grace we have a choice:  we can choose to have a deep relationship with him through faith, and be used in mighty ways, or we can choose to just be content that God forgave us and never resolve to make that an instrumental part of our lives.  I wonder what the Church would resemble today if Martin Luther never took the step in faith and trusted God at his Word.

So how was online history lesson 1? Your feedback would be appreciated for future lessons.  Although Luther is a favorite of mine, (that’s why I chose him) there are so many other great men and women in history that are worthy of our attention!  Whether via a homeschool textbook, classroom, or online history class, regardless of the platform, the study of history is valuable, entertaining, and critically important in our education.

Tina Piper is the founder of Luma Learn, wife of the most wonderful man, mother of 7 homeschooled blessings, and daughter of the King of Kings.