Romans 1:19-20 says: “For what can be known about God is plain to them, because God has shown it to them. For his invisible attributes, namely, his eternal power and divine nature, have been clearly perceived, ever since the creation of the world, in the things that have been made. So they are without excuse.”  In the midst of a world that mocks God, I am thankful that He has given us evidence to keep faith in Him.  In His Word, we are promised to see the attributes of God in His Creation.  Frankly, though, one of the most common excuses for not believing in God is “Well, I cannot see Him.”  Is that a good excuse?  Well, today we are going to take a look at how the attributes of God do play out in His creation, particularly that of His love of organization, in a scientific concept known as the Fibonacci numbers. 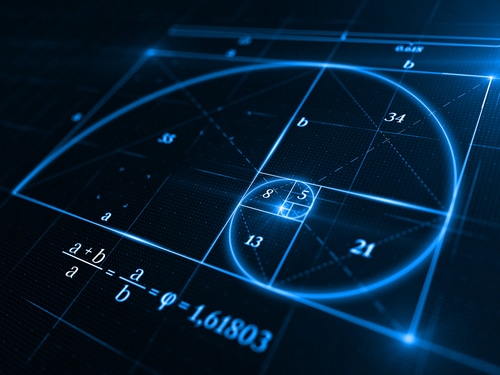 You might think that the creation around us is rather random, but that is actually not correct.  There is a particular pattern in much of the creation around us.  The Fibonacci Numbers are a group of numbers arranged in a pattern that a man by the name of Leonardo Fibonacci discovered during the Renaissance.  He found out that many of the objects and concepts in nature, from flower petals and DNA molecules to lightning bolts and spiral galaxies, follow this pattern.  Many of the attributes of God, primarily that of His organization, can be seen in this concept.

Well, this spiral is called the Fibonacci spiral because its growth pattern comes from multiplying the previous section by the golden ratio.  If we were to put integers in each of those sections, it could be any string of numbers in the Fibonacci numbers.

Confused yet?  Well, if you are still with me, let’s see how this pattern plays across nature as a whole.  I am going use a lot of my examples from an article by George Dvorsky from IO9.

Check out our Math courses 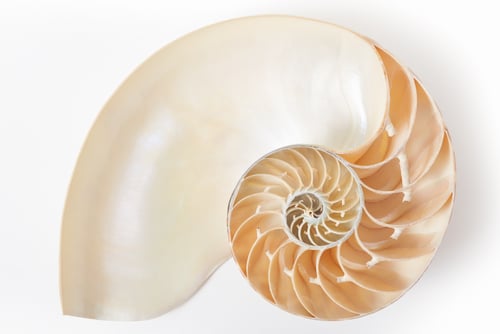 On top of this, seed patterns in the flowers tend to follow those same patterns.  When they spiral, they virtually always follow the spiral pattern shown above.  Good examples would include sunflower seed-heads and pinecones. Even non-seed parts of the plants still follow the Fibonacci pattern.  For example, the patterns of cauliflower heads and pineapples skins all follow the Fibonacci numbers.  Trees are included as well.  As a general rule, the pattern of how their root systems and branches grow from the trunk follows the Fibonacci pattern almost exactly.  (the first level there is 1 branch, the next level 2, the next 3, the next 5, and so on) 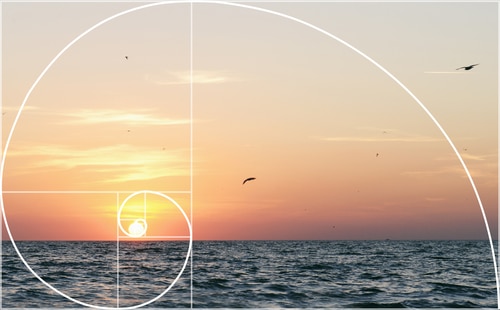 According to George Dvorsky,  “Even our bodies exhibit proportions that are consistent with Fibonacci numbers. For example, the measurement from the navel to the floor and the top of the head to the navel is the golden ratio. Animal bodies exhibit similar tendencies, including dolphins (the eye, fins, and tail all fall at Golden Sections), starfish, sand dollars, sea urchins, ants, and honey bees.”   Even our body’s proportions fall under the sequence of the Fibonacci pattern.  Animal reproductive characteristics and even the way that some birds swoop to catch their prey all are directly related to the Fibonacci numbers.  Even the human face follows the golden ratio in its proportions.  In fact, studies have shown that the faces that adhere to the golden ratio the best are often considered the most attractive.

Besides the two basic kingdoms of life, the Fibonacci pattern is manifested in multiple other areas in nature as well.  For one, the shells of creatures follow that spiral pattern, from snails to hermit crabs.  Also, believe it or not, spiral galaxies and hurricanes also follow this special spiral pattern.  And the most basic block of life, the DNA molecule, has dimensions of 34 by 21 angstroms, two sequential numbers in the Fibonacci pattern.  The ratio of the sizes of DNA was measured at 1.619, virtually the same as the Fibonacci golden ratio at 1.618.  Lightning strikes also follow this pattern, in a similar pattern to tree branches.

So looking at all of this, what can we conclude?  The attributes of God are clearly seen in what He has made, the Fibonacci numbers clearly demonstrate His order and organization, just like His Word says.  We can trust God at his Word; He created this world.

What are some other examples you see in nature of Fibonacci numbers?

Tina Piper is the founder of Luma Learn, wife of the most wonderful man, mother of 7 homeschooled blessings, and daughter of the King of Kings.

6 thoughts on “Fibonacci Numbers and the Attributes of God”